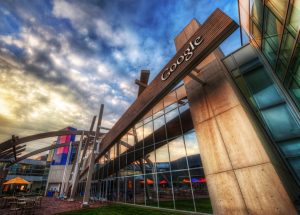 Check Out this Workshop near LA

For you are in the LA Area (or willing to travel for an interesting workshop), join my friends Frederick Van and Joeseph Linashke for their workshop at nearby Joshua Tree.  These guys have worked hard to put together a really excellent program… you can visit the website to see everything that is included!

New Interview Up with Ron Martinsen

I had an interview with the extremely nice Ron Martinsen.  Head on over Ron’s photography blog to have a loosee!  He also has a nice discount code on my textures tutorial, in case you have been waiting for a good deal!’

Daily Photo – A Great Day at the Google HQ!

Wow that was a cool experience.  Those guys and gals over there are super-nice.  You never know…  I guess maybe Google seems somewhat intimidating from the outside, but after I met guys like Cliff, Brian, and Chip — I felt right at home.
I gave an hour-long talk in one of their theaters there.  It was super-packed and people were standing all around because seats were gone.  We were graced with the presence of one Sara Jane Todd from @Peachpit to help out selling books – and we sold out!  Also, my Brazilian friend Fabio, the editor of Abduzeedo was there too, so it was great to see him.
The Authors@Google (video link) program has a neat deal where they subsidize books, so Googlers don’t have to pay full price.  I saw all kinds of cool stuff and took a lot of pics.  I have to get most cleared with Google Corp Comms before I can release… but I nabbed shots of a spaceship, a new pseudo-holodeck, and more mysteries await!  We even got to eat lunch there in the Google cafeteria, which had some of the most excellent food I’ve ever had in such a setting… they even have a small organic farm on the campus… well, I could go on and on…  but I was very impressed and happy to meet so many enthusiastic people!
The video should be done in the next 2-3 weeks or so.  We’ve got good-man Brian at Google slaving away on editing the whole thing together!
from Trey Ratcliff at www.stuckincustoms.com